When Jesus saw that the people came running together, He rebuked the unclean spirit,
saying to it, ​“Deaf and dumb spirit, I command you, come out of him and enter him no more!” Mark 9:25

Jesus said 'Except ye see signs and wonders, ye will not believe' (John 4:48) Throughout the history of the bible, God made many signs and wonders so that people might believe in Him (#Deuteronomy 7:19, #Psalm 78:43, Isaiah 20:3, Daniel 6:27). In John 9, the disciples asked Jesus how a man became blind; if his blindness was caused by his sin or his parents' sins (v.2). Jesus answered that his blindness was so that the works of God may be demonstrated (v.3). Jesus is very much alive today but many still do not believe. God desires all to be saved and come to the knowledge of the truth (1 Timothy 2:4) and continues to wrought #signsandwonders so that we might believe. You see the #gospel of the kingdom will be preached in all the world before the end comes (#Matthew 24:14) and when the truth is #preached, signs will follow confirming the word (Mark 16:20) This young man had stuttered all his life since birth. The #HolySpirit led us to cast out a dumb spirit and a spirit of fear and the he became #healedinJesusname ! A man in the congregation shouted out for him to read to prove he was healed. Here we captured him reading lyrics from a music sheet as his father stands behind him, moved and witnessing for the first time his son speak without stuttering! #GlorytoGod That day he was made a sign and wonder for those who were there! God uses signs and wonders to test His people too, to test that we follow Him and not follow the prophet (Deuteronomy 13:1-3, Jeremiah 27:16-18, 1 Kings 22:22-23). There will be false prophets that will show signs and wonders (Mark 13:22). We are to test the spirits that operate in every #prophet (1 John 4:1) or anyone for that matter. The only way of testing is to discern by the word of God. The word of God is sharper than any two-edged sword that will help you differentiate what is of God (spirit) and what is of man (flesh) so that you can discern the thoughts and intents of the people you come across (#Hebrews 4:12) Seek God and immerse yourself in the #WordofGod, it is the most powerful tool in a #Christian’s walk.

Such an honour and a privilege to be used and witness the Father heart of God touch children in this way.​ 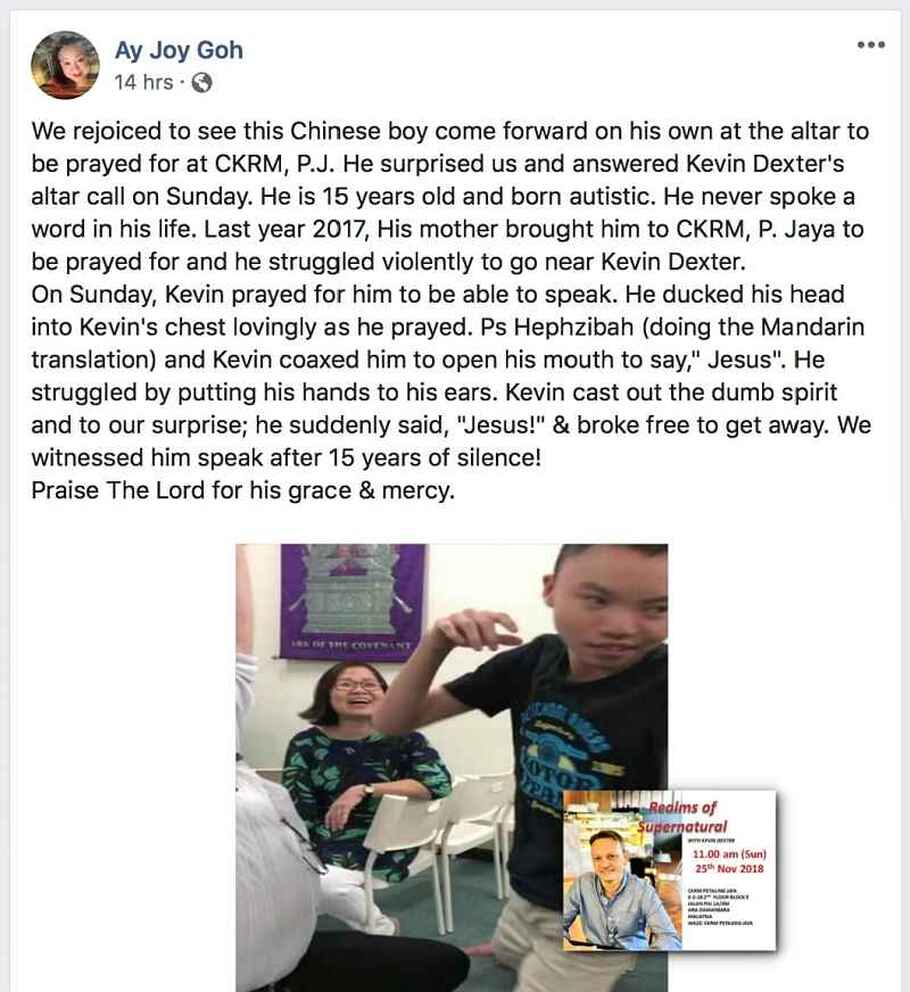 DELIVERED FROM A DUMB SPIRIT

Some time ago, while speaking at a gospel outreach in India, I witnessed God do some amazing miracles, and at the end of one of the evenings a lady came and asked me if I would go back to her house and pray for her son. So I went to her house and as she opened the door to this darkly lit room. There was a mattress lying in the middle of the room and, lying there, was a man, probably in his thirties. He was mute, and probably the most double-jointed, deformed person I’d ever seen in my life. The woman said with a smile on her face, "This is my son. Please can you help him” and even though I’d witnessed lots of healings that night, this situation was just heart breaking. So as I kneeled down beside him and prayed against any generational curses on his family line and against any dumb spirits, amongst many other things, and although I’d witnessed many miracles earlier that evening, I never witnessed anything happen to this man, in any way whatsoever. I was so overwhelmed with emotions that I was praying and praying without listening, then as I realized I stayed quiet trying to focus, but I didn’t seem to receive anything, I did feel the presence of the Holy Spirit over him, and so I just believed that God was doing something!

The next night during the outreach, the lady came rushing up to me, flung her arms around me with tears running down her face, and said that her son used to have fits every half an hour, but since that morning all of his fits had stopped and he’d started to speak for the first time in his whole life. She said that he was talking like a baby. Wow! Amen. So even though you don’t fully understand the “whys” or see the manifested evidence of what you are praying for, never stop believing by faith - Kevin Dexter.
Video testimony below 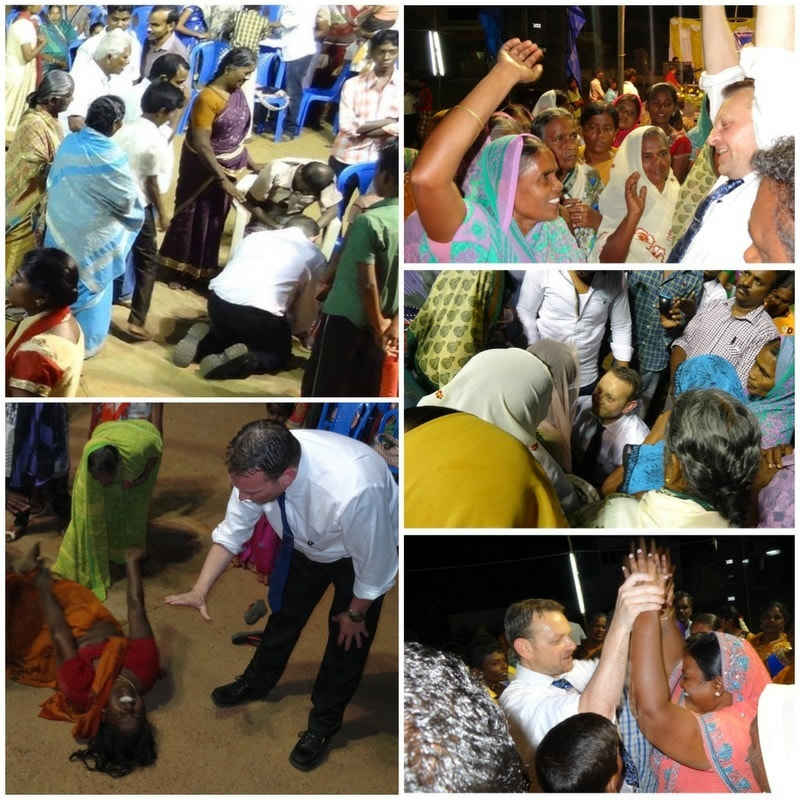 deafness healed as he was delivered from curses

This man was healed of deafness through deliverance during the meeting held at Cornerstone International Church, PJ. He later confessed that a family member had spoken negative things to him his whole life. In a sense, technically they cursed him by their words, inferring that he was dumb, which is what the Holy Spirit revealed to me as I prayed for him, and not dealing with hurtful and harmful words correctly can cause a person to "shut down" or "switch off". Anything that we agree with, which is not of the truth, will be an open door that the enemy will use and in this mans case it had manifested in hearing problems. Praise God for His grace and mercy for setting him free.
- at Cornerstone International Church, PJ, Malaysia.