Jesus Casts Out Spirits of Heaviness

"...To console those who mourn in Zion, To give them beauty for ashes, The oil of joy for mourning, The garment of praise for the spirit of heaviness; That they may be called trees of righteousness, The planting of the LORD, that He may be glorified.”  Isaiah 61:3

the spirit of heaviness

From the beginning of creation and the inception of sin, the hard labour of life was pronounced on man (Genesis 3:19). And so, as we traverse the earth in our lifetime, many of life's responsibilities and challenges can feel like heavy burdens on the heart and mind. The situations and people around us can sometimes feel like they are coming against us and we can experience persecution or feel victimised (Psalm 69:20).

As children of God who have accepted Jesus as the atonement for our sins, it means we have also accepted Jesus to bear the weight of the punishment of our sins for us. By His crucifixion, He has carried all our grieves and sorrow from the past into the future (Isaiah 53:4-5). This means that by Jesus, we have been given the peace of God to take us through this life. Many Christians do not claim this peace and continue with their life in hardship, never experiencing the peace He has provided to us.

In these three videos, we see people who came to Jesus, with heavy hearts, heavy heads and heavy yokes that have been upon them for a long time. They have been 'trying and striving' in their own strengths to make their lives better, instead of relying on God and claiming the sacrifice of Christ to pay for those heavy burdens. And as we prayed for them, we broke off religious spirits, spirits of heaviness, spirits causing pressure and false responsibility.

1) In this video below, the lady had constant headaches that stopped as we prayed and broke the spiritual strongholds of heaviness and pressure that were upon her, praise God.
2) In this video below, through prayer, we broke off the religious spirits that were operating with the spirit of heaviness. And you can see the relief manifesting through his tears before he broke into a smile and confessed that he had been feeling heavy for far 'too long', praise God.
3) After praying off the spirits behind her burdens (video below), we prayed for the spirit of peace and the infilling of the Holy Spirit to come upon her. She then testified to the feeling of heaviness being lifted off, praise God.
- at Cornerstone Glory International, PJ, Malaysia.
As we continue our walk in obedience to sanctify ourselves for the Lord, give him your burdens in prayer and give unto Him continual praise as the garment of praise replaces the spirit of heaviness (Isaiah 61:3) The Lord also promises that all who come to Him, will be eased of their burdens.
Matthew 11:28 "Come to Me, all you who labour and are heavy laden, and I will give you rest".

Delivered from a spirit of heaviness 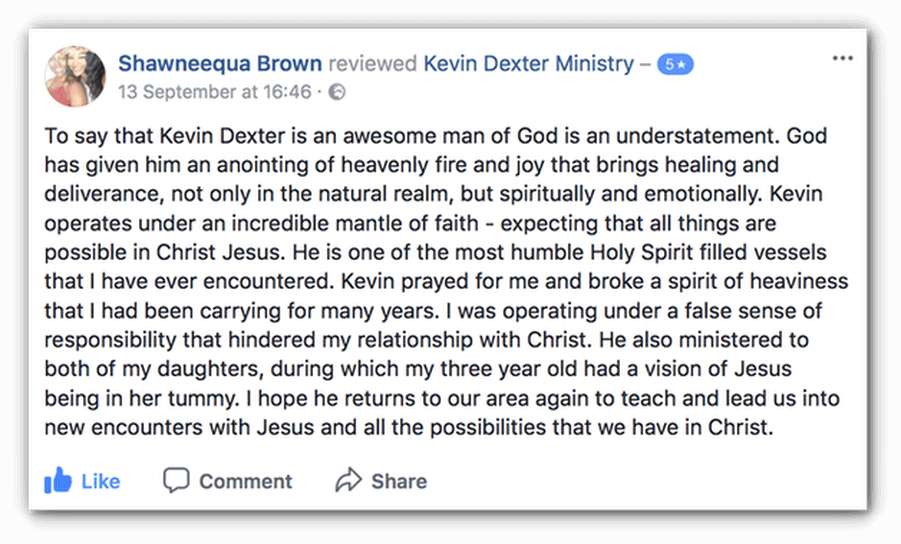 This lady came with a spirit of heaviness that was causing her neck and shoulder pains. This spirit usually enters when people try to make themselves responsible for other people or situations, that only God can change. False burdens and false responsibility are religious spirits and they pave the way for a spirit of heaviness to come in. As we prayed for her, her tears manifested responding to the healing God was working in her spiritually to set her free physically. After that she testified to her pain being totally gone! Glory to God! Hallelujah!
Psalm 55:22 "Cast your burden on the Lord, And He shall sustain you"​
- at Cornerstone Glory International, PJ, Malaysia.

I was with Kev once in a meeting and we were chatting to a guy who was sharing that he was struggling to control his eating. He was overweight and, as a result of this, it had caused him to become diabetic. We spoke for a while about the emotional side effects and possible causes, when Kev asked the man to sit back and close his eyes, and then proceeded to ask the Holy Sprit to reveal to the guy the root cause of why he was unable to control his eating. After a few minutes, the guy said that the Lord had just revealed a vision to him from his past where, when he was 6/7 years old, something terrible (which he was unable to talk about) had happened to him and the shame and guilt from this episode had been the start of the comfort eating. Kev said that he didn’t have to reveal what had happened, he just needed to repent from any behaviour he had entered into and any ill feeling towards anyone else who had been involved, and after he had done this Kev then prayed for anything that had attached itself to him to leave by the authority given by the Lord Jesus Christ and, at that moment, the guy started to convulse as an unclean spirit started manifesting inside him. The guy slid down the settee and you could see the shock and amazement in his face as it looked like something was physically leaving his body as he coughed out! The guy calmed down for a minute or two and then as Kev started commanding out more and he started to do the same thing all over again, about five times he coughed out unclean spirits, then one manifested but didn’t seem to want to leave. This seemed different from the others. At this moment, Kev said that this was a stronghold and needed to be named, so he asked us all to start praying and tune in to God, because the Lord was going to reveal the stronghold. And, suddenly, the Lord gave me a vision of like a ghostly child so, by faith, I shared what I had seen in my vision. Then Kev laid his hand upon the guy’s chest and commanded the childish spirit to leave! And at that moment the guy started to convulse as he coughed out the unclean spirit. Wow, what a fantastic hands-on teaching demonstration of casting out unclean spirits that distort our minds and rob our lives of the truth that Jesus has given us the power to overcome and be set free - Gerard, Derby UK.

DELIVERED FROM A SPIRIT OF HEAVINESS AND HEALED

This lady had a long list of of illnesses; giddiness, heart pain and swelling, body quivers, diabetes and shoulder pains. We prayed and cast out the spirit of heaviness and many other spirits that were causing her sickness and she testified to her pains leaving. She was left resting in the Holy Spirit in complete peace! Glory to God!
Matthew 11:28,30 "Come to Me, all you who labor and are heavy laden,
​ and I will give you rest. For My yoke is easy and My burden is light.”
- at Cornerstone Glory International, PJ Malaysia.